Some people just sparkle. You take one look at them and you realize that they, “have the right stuff.” 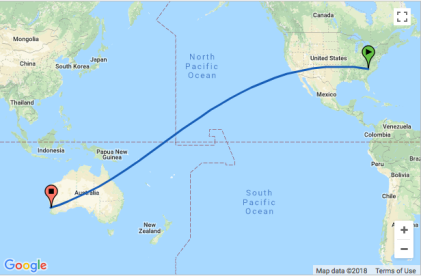 Perth is really far away. It is sitting out there on the far Western coast of Australia. Even so, it’s home to some incredible academics, including a Nobel Prize winner. Hunna Watson was also in Perth, doing superb work one eating disorders, but she wanted a chance to learn and do even more. Truthfully, we get inquiries all the time from people all over the world who want to come work with us, but there is no way we can accommodate everyone. Occasionally, however, you realize that if you say no, you will kick yourself forever.

Hunna first came to CEED for a few months in 2011 as a summer fellow (albeit in the fall!). Two years later when she had accumulated too much leave time, she was forced to take it. Although she did get a few fun weeks traveling around the States, the majority of her leave was spent with us at CEED absorbing whatever we had to offer. Combined, those two experiences made it clear to both of us that we needed to continue this somehow and the wheels were set in motion to bring Hunna to North Carolina for more than a few weeks or months! 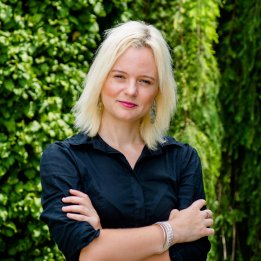 When she first came to us, she was an SPSS user (yes, we judged a little), but it was clear that she was a hardworking dynamo who could learn just about anything. What we really needed at the time was more biostatistics help and Hunna loved stats. But, often, you work with statisticians who know very little about the topics or disorders that you are studying. In contrast, Hunna had a wealth of experience with eating disorders and was one of the driving forces and a steering committee member of the Australian National Eating Disorders Collaboration. So, she was the complete package! On her own initiative. Hunna enrolled in an MBiostats course to get a formal biostats degree, which she competed with flying colors.

In her first years at CEED, she apprenticed herself to Bob Hamer who was our chief statistician and wonderful friend until he was taken from this life far too soon in 2015. Hunna absorbed all the knowledge and wisdom she could from Bob and took over analyses of a very complicated data set from the Norwegian Mother and Child Study (MoBa). She has also provided guidance for all CEED faculty and trainees on statistical analysis and data interpretation.

All of this is awesome, but not the reason that I am awarding her the Order of the Chocolate Fish. Hunna basically knew nothing about genetic analysis. None of her previous work had anything to do with genetics. As our work in that area took off, we desperately needed someone to analyze the complicated genetic data. We had a choice to make—advertise for someone with expertise in statistical genetics (who would likely know nothing about eating disorders) or see if Hunna would like to get trained up for the task. Never one to shy away from a challenge, Hunna was game and so were we. True to form (in one of her first emails to me she said “My working style is very self-directed. Once an idea is in place, I can run with it mostly independently. So long as I have the right skills of course,” she dove into upskilling in statistical genetics. Some people take a lifetime to learn these skills, but Hunna basically had to cram everything into a year. She attended courses, read like crazy, did an intensive on-site learning visit to Gerome Breen’s lab at King’s College London and then ended up being the primary analyst for the Eating Disorders Working Group of the Psychiatric Genomics Consortium (PGC-ED) and also led the analytic charge for the Anorexia Nervosa Genetics Initiative (ANGI)! 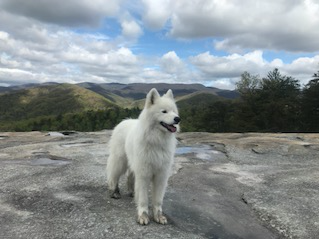 Doing this kind of statistical work is hard…period. Plus, Hunna was working under the watchful eye of people who have been doing this for decades who happily critiqued her every keystroke. It was at this point that I realized how her leisure time passion (ultra-marathoner) and work converge. Hunna has an enormous capacity to persevere. I am sure that at times the genetic analyses felt like an ultra-marathon through mud. But she came through in the end with her trusted Raleigh by her side. Soon, we will see a major fruit of her labor when we reveal the results of ANGI and the next wave of PGC-ED results!

My thanks to Perth for the long-term loan of Hunna and my thanks to Hunna for all she does for CEED and PGC-ED!

After note: Dr. Watson hasn’t completely abandoned her native Australia! In addition to her position at CEED,  is Adjunct Research Fellow at the University of Western Australia and Adjunct Lecturer at Curtin University.